It took us a while to decide to start this blog. When we started, and still now, we struggle with what to write, what to include. We’ve been feeling our way through it and it’s helped us as an outlet as much as we’re hoping it helps you to get to know us better.

One thing that I hope you will understand from our blog is that we are present. We are there. Our posts might not be as often as we like and we might have an occasional dry spell without posts. But we always write and we always catch up. We’re not perfect, but we’re here. And that’s what we want you to know about us. We’re not perfect. We make mistakes. But when it comes to our family, we are there and are going to continue to be there. No matter how open you want our relationship to be, or if that relationship changes over the years, you are  a part of our family.

This blog has been a letter to you, a letter ten months in the making. We feel like we’ve been able to give you a better idea of who we are than just with our profile with CHS. It was hard to describe ourselves in a single letter for our profile, so we started writing the blog.

Hello.  It’s DJ here.  It has been a while since we posted anything, but we’ve been pretty busy.  A week and half ago, the Phillies were in DC to play the Nationals.  We always try to get up when the Phillies are in town, even when they’re one of the worst teams in baseball like this year.  The good news is that with them so bad and the general disinterest in the Nationals, we got some killer seats right down the third baseline.  The Phillies were shutout, but even that couldn’t ruin some of the best seats I’ve ever had at a baseball game.

Then, the following weekend was Julie and I’s 6th wedding anniversary.  We took the opportunity to make a beach weekend in the Outer Banks.

A few weeks ago, we were running out of blog topics. We put a call out to our Facebook friends and asked for blog post suggestions. Some were serious, some more fun. This is first from our suggestions and it’s a fun one – Batman or Superman?

Kickball theme night – Julie’s the Batman all the way on the left, DJ’s the Riddler. Like I said, if a costume is necessary, I’m more than happy to oblige – and I made that one on my own, cape and all.

Julie: Batman, all the way. And for no deep reason. Probably because after school when I was growing up, in addition to Darkwing Duck, Ducktails, and Power Rangers, I would watch The New Batman/Superman Adventures. Except when it was Superman. I just don’t like Superman. I do like Batman though. Batman Begins and The Dark Knight are two of those movies that whenever they come on tv, I know what I’m doing for the next two hours. (We also saw The Dark Knight twice in the first three days it came out).

DJ: I’m not a fan of this blog post, mostly because this I think this is a ridiculous debate.  To me, this is equivalent to asking if you’d rather have a lollipop or a kick in the face.  Batman wins.  It is a no brainer.  Superman is too simple.  He has superpowers that make him invincible with the exception of some magic rocks.  And I can totally tell it is you, Clark.  You just took off your glasses.  Seriously.  Give me Batman, who is just a man who surrounds himself with awesome gadgets and Morgan Freeman (who can do no wrong).  I’ll even give him a pass with his voice that makes me get laryngitis just listening to it.  But you should probably get back to me after I’ve seen Ben Affleck.

As a physicist, this may not come as much of a surprise, but I am a bit of a nerd.  I tend to take normal things that people enjoy and “nerdify” them.  I think the best example of this came last year when Julie was on her company’s softball team.  I wasn’t on the team, so I volunteered to be the team statistician.  This may seem weird, especially for a slow-pitch softball team, but I rather enjoyed it.  Over the course of that season, I calculated the box score for each game and accumulated everybody’s stats.  I broke down the outcome of everybody’s plate appearances and even created pie charts like the one below.

Sample stats for one player

So at this point, I already realized that I was taking this way too seriously.  But I was having a good time with it, so I decided to take it one step further.  I created computer computer code that simulated different batting orders, and output the expected amount of runs that each lineup would score.

This obviously never produced useful information (mostly because it is slow-pitch softball and people were only there to have fun), but this was my contribution to the team.  I love math and I love sports.  I love combining the two, and I am looking forward to the day when I can teach my kids the real world applications of the math they learn in school. 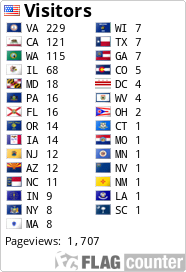